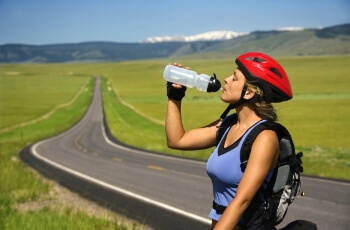 Something that’s great for your nervous system? Plenty of exercise and water!

The brain and the spinal cord make up the central nervous system. The spinal cord transmits sensory messages to the brain and motor messages from the brain. Sensory nerves carry messages from receptors to the brain. If you touch a hot stove, pain receptors tell your brain to move your hand. Motor nerves send signals from the brain to the muscles in the body. These nerves help us to do things, like walk, kick a ball or pick up an object.

Chiropractic care is designed to improve the integrity of the nervous system so that everything works the way it should. That is why it is important to have your spine checked at regular intervals.

Physiotherapist services are in Suite 202